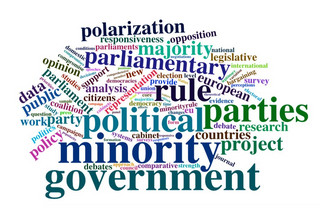 MINORITYRULE examines these issues in an internationally comparative way using a series of new data sets generated in the project. For this purpose, the project uses quantitative text analysis methods for political speeches in combination with survey experiments and panel surveys. The findings of the project should contribute to a better understanding of the institutional and political conditions under which minority governments can lead to successful representation.

Further info to be available soon.